The Sauf le dimanche dance company has existed since 2006 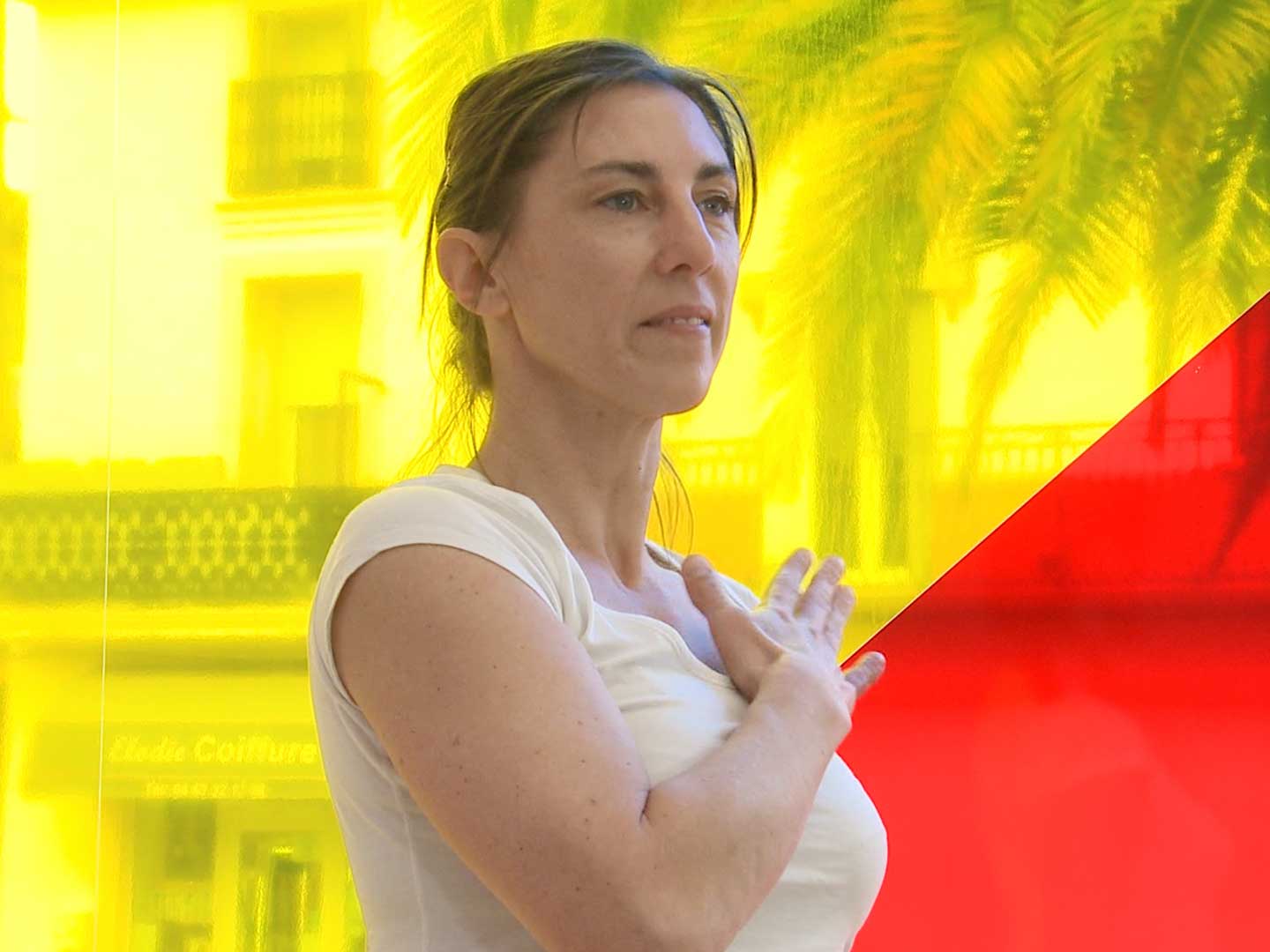 Emilie Buestel received her training in contemporary dance from Yvan Alexandre, at the EPSE Anne-Marie Porras school in Montpellier and at the RIDC (Rencontre International de Danse Contemporaine) in Paris. Two important persons have particularly influenced her: Nadine Beaulieu, with whom she has taken classes and workshop, and Nathalie Schulmann, who helped her persevere on the analysis of the choreographed movement.

In 2006, strengthened by her experience as a performer, Emilie Buestel initiated Sauf le Dimanche with Marie Doiret. 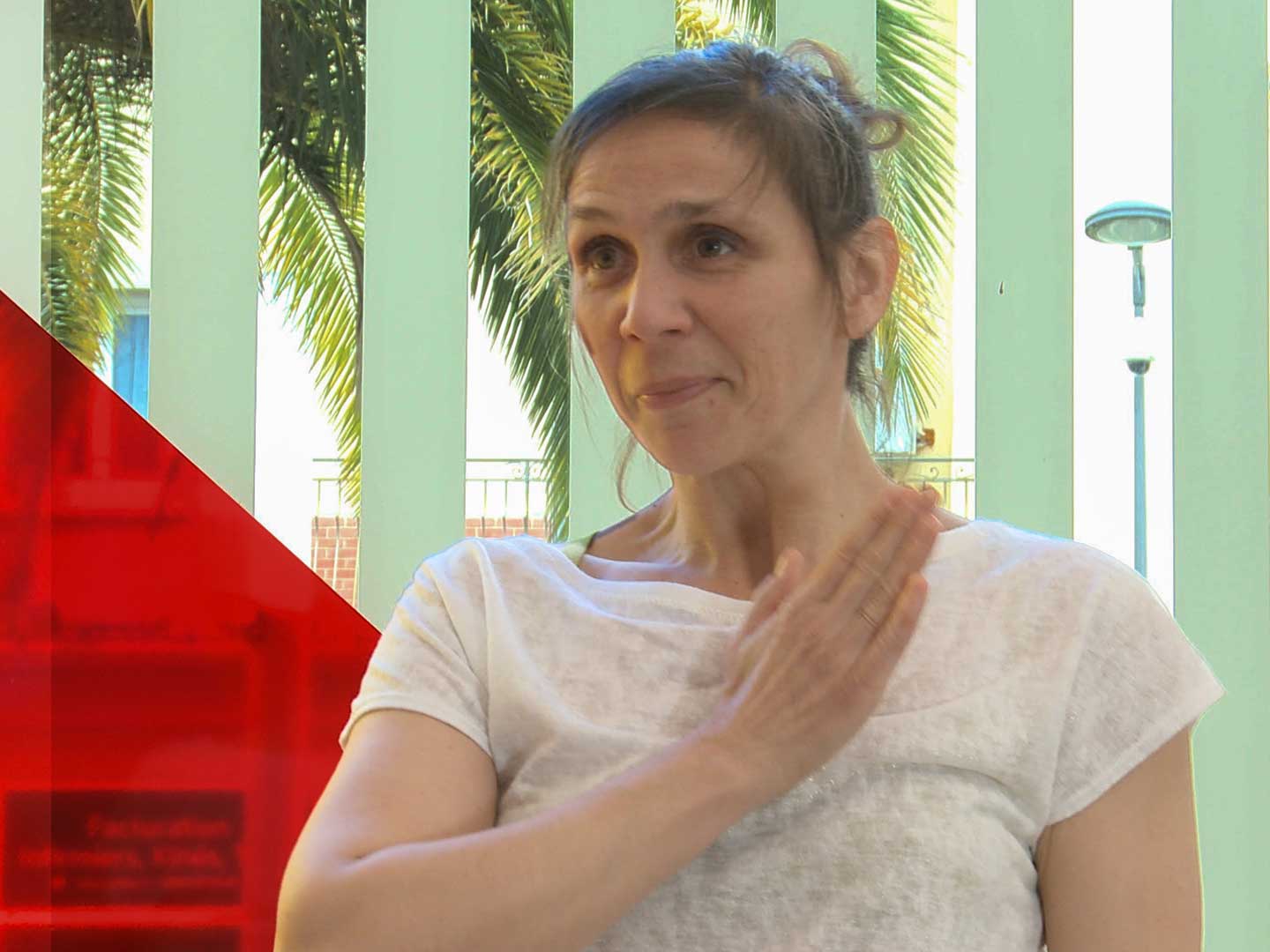 Marie drew her path as a dancer with loyalty, curiosity, and a strong interest for people. Her life as a performer has been built with choreographers bringing dance to the stage and public space, for all types of audiences, young and old.

She has danced, assisted, intervened or co-authored since her twenties, with Pascal Giordano/ Hapax Compagnie, Nadine Beaulieu/ Cie Nadine Beaulieu, Maria Ortiz-Gabella / Cie Arcane, Brendan Le Delliou/ Frichti Concept, Alexandre Pavlata/ Cie N°8. The various styles she is exploring, from a very pure dance to the more burlesque theatre, allowed her to live through all the body’s states while in movement, and to be endlessly imaginative.
The ongoing collaboration with Nadine Beaulieu/ Cie Nadine Beaulieu is at the heart of her artistic background: Nadine represents her origins, her grounding, which she has in common with Emilie.
Since 2006, with and thanks to her ally Emilie Buestel, Marie has found the place (all the places!) from where to connect all these experiences, drawing her own creative path. Together, they continue their artistic adventures, transformed by the will to “make with”: make with others and with reality.

We perform in several places: places where we live, places of the daily life. We observe them and they inspire us. They become places where one escapes (class rooms, public spaces, apartments, retirement homes, gardens, libraries, museums…).
We meet all sorts of people in these different places. It is our greatest asset.

Dance in all its shapes, atypical forms of representation. Our dance performances have various formats (length, style and link to the audience) which depends on the places where we perform.

We choreograph the encounter.
All of our performances include time for exchanging and sharing. Performing is not enough for us.
The source of our inspiration and experimental material come from all the people we are meeting: it is our gestures.
Our virtuosity is in our capacity to observe and adapt our work to the places we perform in, in real-time, to feed our dance with what the audience gives back: a sign, a gaze, a smile, a refusal… 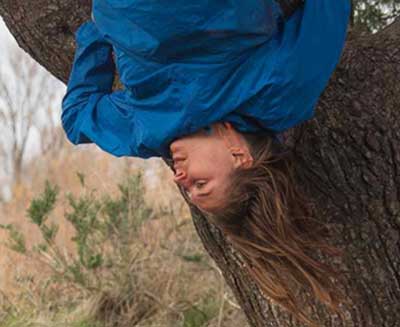 Julia started by studying Science and technique in sports and physical activities (STAPS Bachelor). Meanwhile, she meets the choreographer Nadine Beaulieu, introducing her to Eric Hawkin’s technique and to the inner workings of a performing arts company. Drawn to the relatiohship between the actor’s body/spectator’s body, she continues her studies with a Master in promoting culture.

At the same time, she participates in collective projects, pop-up and insitu creations. Attracted by non-dedicated spaces, she develops her intuition by working on street improvisation with the company Jeanne Simone. For a few years, she creates her own projects in public spaces (Cie Ironie du corps). 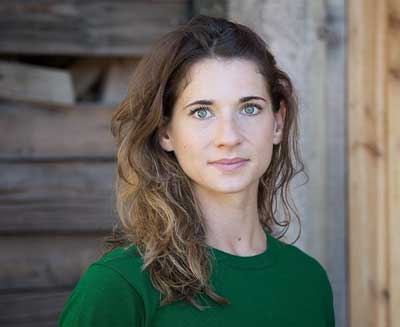 Olivia is a dancer/performer since 2011.

She studied at the CNSMD in Lyon, followed by the CCN in Rillieux la Pape with Maguy Marin. She obtained her Diploma (DNSPD) in 2010 and her Bachelors in performance arts and anthropological studies in 2011. She notably danced for the companies Balades, Autremina, the Kubilai Khan Investigation, the compagnie Chicanes, the group Clara Scotch and the company Tangible. She performed for Joelle Bouvier, Nadine Beaulieu, Samir Elyamni and Didier Theron.
From 2016, she receives training in the Decroux technique with Benoit Theberge, she accompanies amateur groups and provides an outsider’s overview for several choreographic projects. In 2020, she creates the company Pilote in order to develop her own choreographies.

Today she works with the companis AR; Atmen; LAC; OkO and Pied d’Argile.

In 2020, she joins the Sauf le Dimanche company. 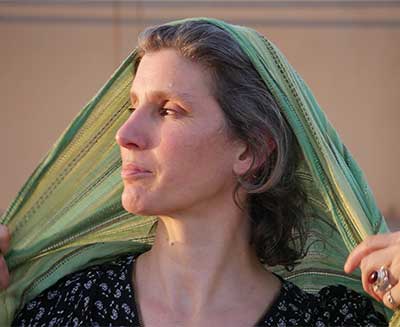 Dancer-Performer, Céline graduated from the Folkwang Üniversität der Künste in Essen. At the same time, she develops floorwork and contact dance.

She works in Germany until 2005 with several choreographs from the Tanztheater and Physical theater. In France, she works with the Cie La Folia/Christine Bastin and the Cie Nadja on a number of choreographic creations and performances in the last 10 years.

She joins Sauf le Dimanche and contributes to different experimentations around the performance Troc! 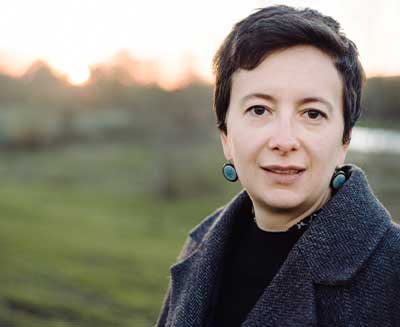 Since 10 years she collaborates with the British artist Janine Harrington, at times on common projects and, at other times on their respective projects.

In 2009 she founds the Small Room Dance, home to her choreographic research and writes pieces which can be performed both on and off-stage. The Small Room Dance leads her to a unique approach highlighting the encounter with the other, as much in her creations as in her sensitization approaches, like the ones with Sauf le Dimanche. 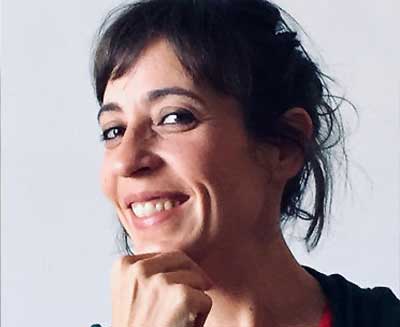 She switches between clown, author, director, and she has a past as a painter, scenographer, theatre director assistant and even an artistic advisor for dance.

She studied artistical mediation in INECAT school, and she is leading workshops for people in need in a lot of various contexts. 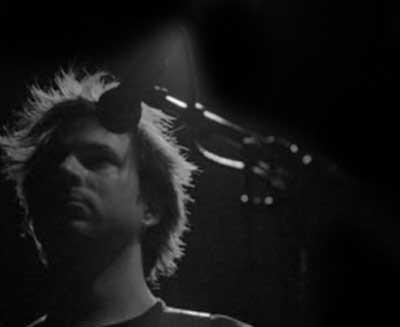 Having completed the École Nationale Supérieure Louis Lumière in 2002, he collaborates with several companies and contemporary dance choreographers (Hapax Compagnie, Sauf le Dimanche, Nadine Beaulieu to name a few) to create new sound universes mixing electric guitars, acoustic instruments, machines, atmospheres and sounds from the day-today that have been modified.
He also composes for theatre and for the audio-visual worlds. He is a sound engineer for concerts with amplified music, a sound man for audio-visual projects, is a sound recorder and mixes music.
Since 2002, he is also the founder of the orchestral rock group MØN that he plays in.

As a camera operator and videographer, Corrine Dardé has directed independent documentaries around art and dance.
She often collaborates with choreographers and directors such as Sandrine Maisonneuve, Shush Teni, Nacera Belaza, Robyn Orlin, la Cie 29×27, the Cie Delphine Caron, and Sauf le dimanche.

She proposes video creations and live video and image recordings for the Cycle Dodécadanse at the Triton (Les Lilas | 2004- 2008).

Corrine is also Director of photography on the feature film Le deuil de la beauté (2013) and filmed and edited Après le deluge (2008) by Gao Xingjian.
She feeds her own work through the inspiration of her own travels. 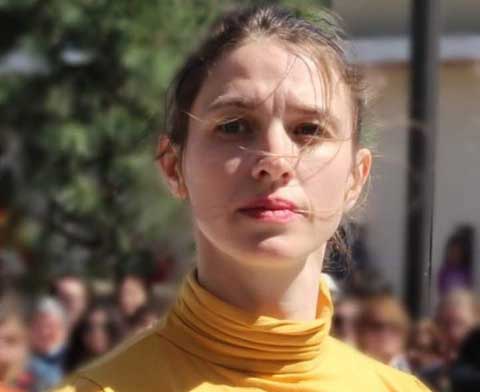 Sylvie Klinger has pursued a dance-study in Grenoble. Then she received training in Epse Danse (Montpellier). She continued her training in Montpellier, Paris, New York, and Brussels amongst dancers and choreographers such as Peter Goss, Carolyn Carlson, Jackie Taffanel etc.

She has performed for the Irène K, Barthès & Cie, Artincidence, KD danse, Contraste companies. These experiences in creation have contributed to develop her own artistic creation, which she has then fine-tuned whilst an associate choreograph with the Momentum collective.

She pursues with more artistic encounters, collaborations, and performances with the author Claire Musiol, the Sauf le dimanche collective, and the group Noces.
In 2008, she founds the Olaf LinËsky company and creates the piece Territoires perdus (creation 2021) with Luc Souche et Olivier Soliveret.
Silvie also intervenes at the heart of the professional school of circus arts Balthazar, since 2009. 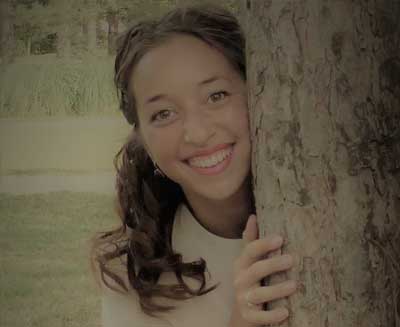 Having just completed the Coline training in 2010, it allowed her to work with a number of choreographs such as Les Ballets C de la B, Emmanuel Gat, Mathilde Monnier, Salia Sanou.

Today, she dances for several companies who perform on stage, on the street or even areal performances. 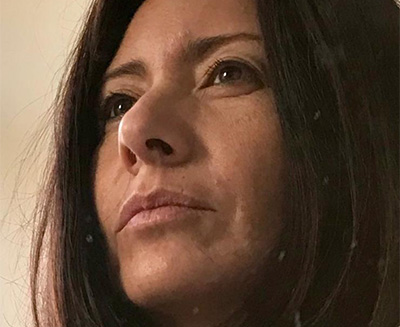 Of Chilean origins, Maria owes her first on stage experiences to Marie-France Meunier and Laurence Salvadori.

A graduate of the R.I.D.C in Paris (Rencontres Internationales de Danse Contemporaine founded by Françoise and Dominique Dupuy), she pursues her training and is faced with the universes of Pierre Doussaint, Claude Brumachon et Benjamin Lamarche, Fattoumi-Lamoureux, Jean-François Duroure to name a few…

She creates different choreographic pieces for the Compagnie Arcane.

She also collaborates with Katia Grivot as her choreographer for her short film Ne m’oublie pas (France 2) and as a performer for the Sauf le Dimanche collective. 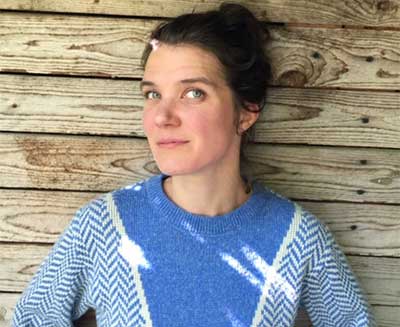 Carine landed in the world of scenography after having been enchanted as a child: she hid backstage and watched the lighting director work his magic during her school’s dance shows. She is trained in designing space, followed by scenography, at the Ecole des Arts Décoratifs in Paris.

She combines working on theatre projects (Cie SuperFamille, Cie Sans la Nommer, and the stage director Emilie Rault…), on exhibitions (expo Cabanes at La Villette) as a lighting director at the Vassivière Art Centre. With the architect Elise Giordano, she also created a duo named Les bruits qui courent: in the framework of participative projects, they questioned the ways in which the resident’s stories made the places where they lived. 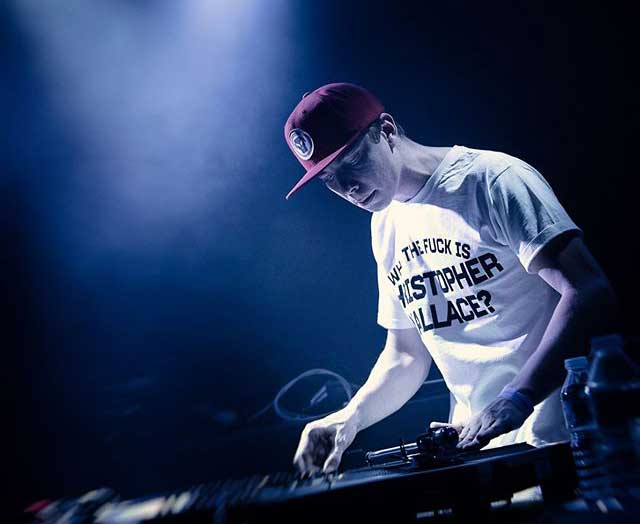 It is in London that he started scratching on the Drum n’ Bass beats before coming back to Montpellier in 2012, where he joined the Neil Conti group and the Lazy Sundaze (a UK-version Jazz Funk style).

In 2017, he played next to Maïcee for the Printemps de Bourges and the Deferlantes festivals, and as a headliner for DE LA SOUL at the Jazz à Sête festival. 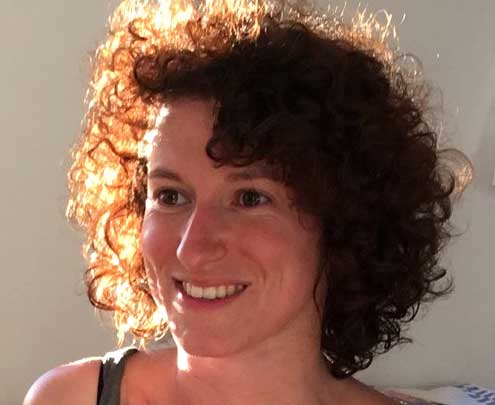 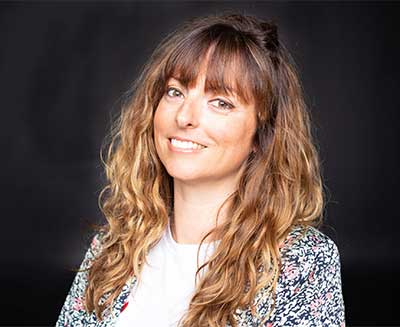 From her early years, Céline is drawn to the cultural and associative sectors, and is involved in the running of the different structures where she learnt dance and body language.
Holder of a Master 2 in Sociology and Local Development, she starts her career in the cultural sector and is in charge of evaluation, mediation and the coordination of cultural events for the local authorities.
From 2011, she joins professional companies for the first time, on distribution and communication missions, and as an audience manager: Les Ateliers Desmaé de Kilina Crémona (69), Songes (26) as well as the Festival Vice & Versa, who are all orientated towards sensory disability.
In 2012, she moved to Montpellier and became distribution manager for several companies: Air de rien by Corentin Coko, Macassar Théâtre, El Triciclo, Le Chien au Croisement, Chaotik Théâtre.
From there, she enlarges her field of competence to production and funding, and gains the trust of those companies on an artistic level, providing an outsider’s overview and as a choreographer. She also intervenes for other companies to advise them and share her distribution skills.
At the end of 2017 and 2018, her path crosses two companies: Chantier Public (contemporary theatre) and Sauf le Dimanche (off-stage contemporary dance collective). A real coup de cœur is born and a synergy developed in the team work. Ever since, Céline finds fulfillment by defending their projects  tooth and nail. 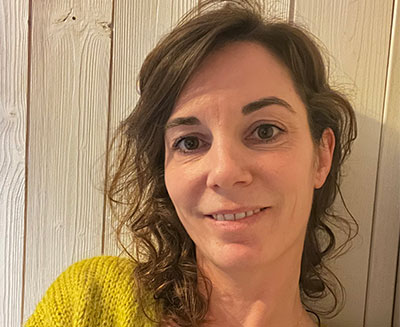 After a degree in Cultural Mediation and Media Industries at Lille3 and a Master 2 in Cultural Project Management at the University of Dunkerque Côte d’Opale in 2007, she discovered street arts with the company Frichti Concept as an administrative officer from 2008 to 2010.

Since 2011, she has been co-animating ASIN’s various missions while at the same time carrying out freelance production missions.

For Sauf le Dimanche she manages the daily life, the social management, the budgetary aspect and likes to follow the projects carried out in the Occitan territory. Mathilde loves art in the public space. 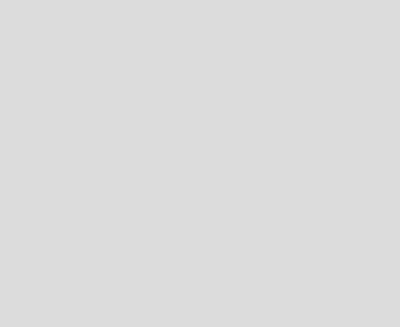 After studying history and gaining some teaching experience, he trains in the administration of cultural structures with a University Diploma in Nanterre, in 2005.

He then works as a production manager for the company Azimuts, where he led a territorial convention of the company, before joining the ASIN team in 2011. Through ASIN, he actively participates in the many productions supported by the association and works with the Collectif Sauf le Dimanche to coordinate institutional relations linked to the headquarters of the francilien (Greater Paris) territory and to fundraising.

Jérôme ensures sound accounting while remaining sensitive to the multiple poetics of the performing arts! 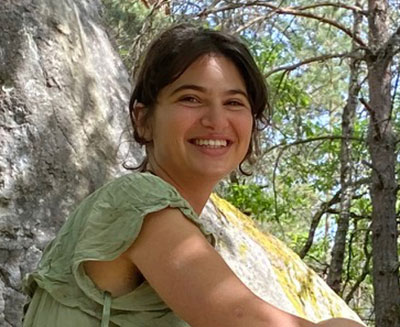