Two dancers who dance with the people around them and share some gestures in the public space, or any place where they are (it is possible to dance inside –outside – day –night).

Give the dancers a gesture, they will get inspired and deliver a dance! This intimate 1 minute and 30 seconds is only for you. You receive an improvised choreography, in public space, surrounded by all the passers-by. 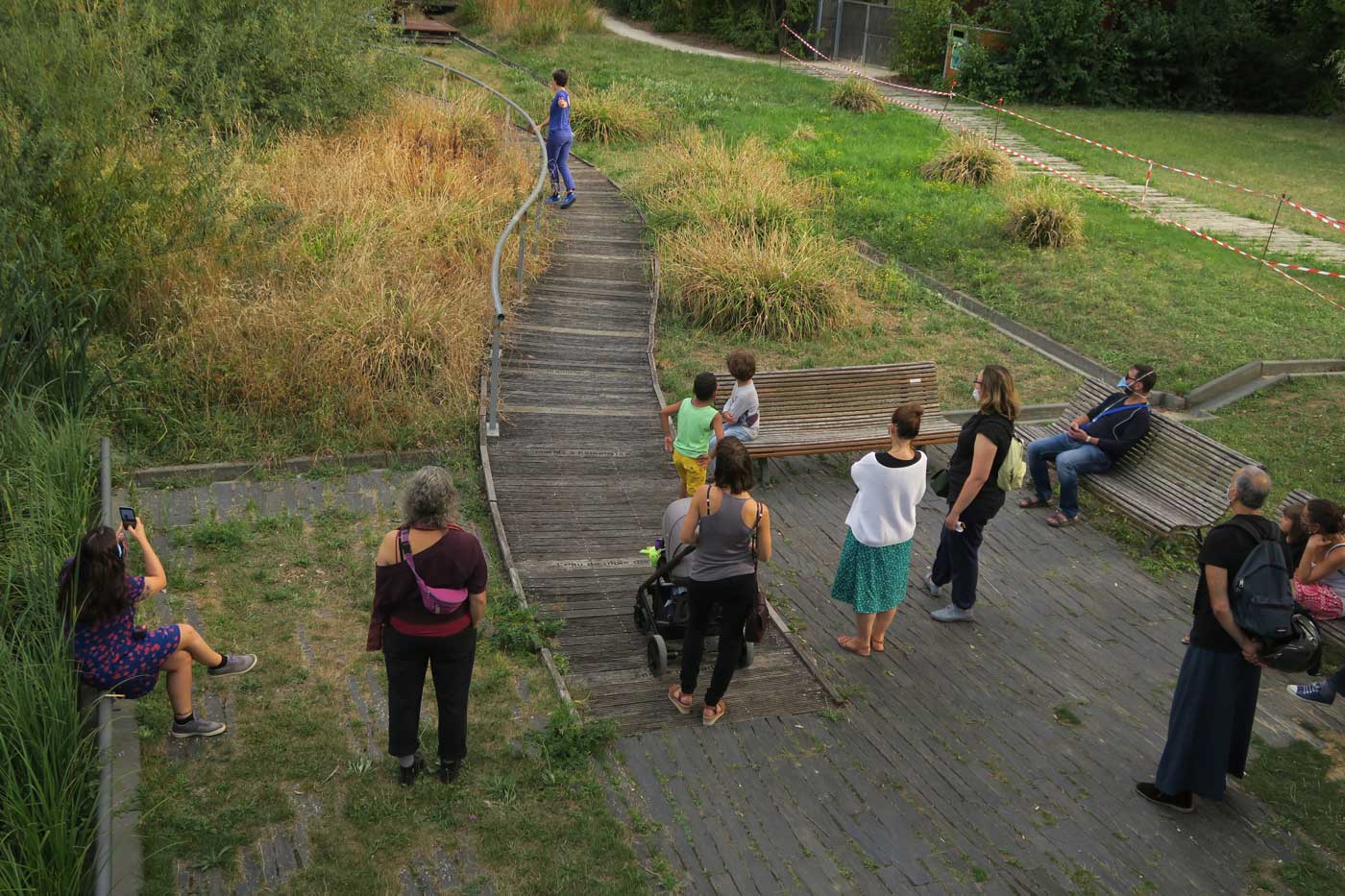 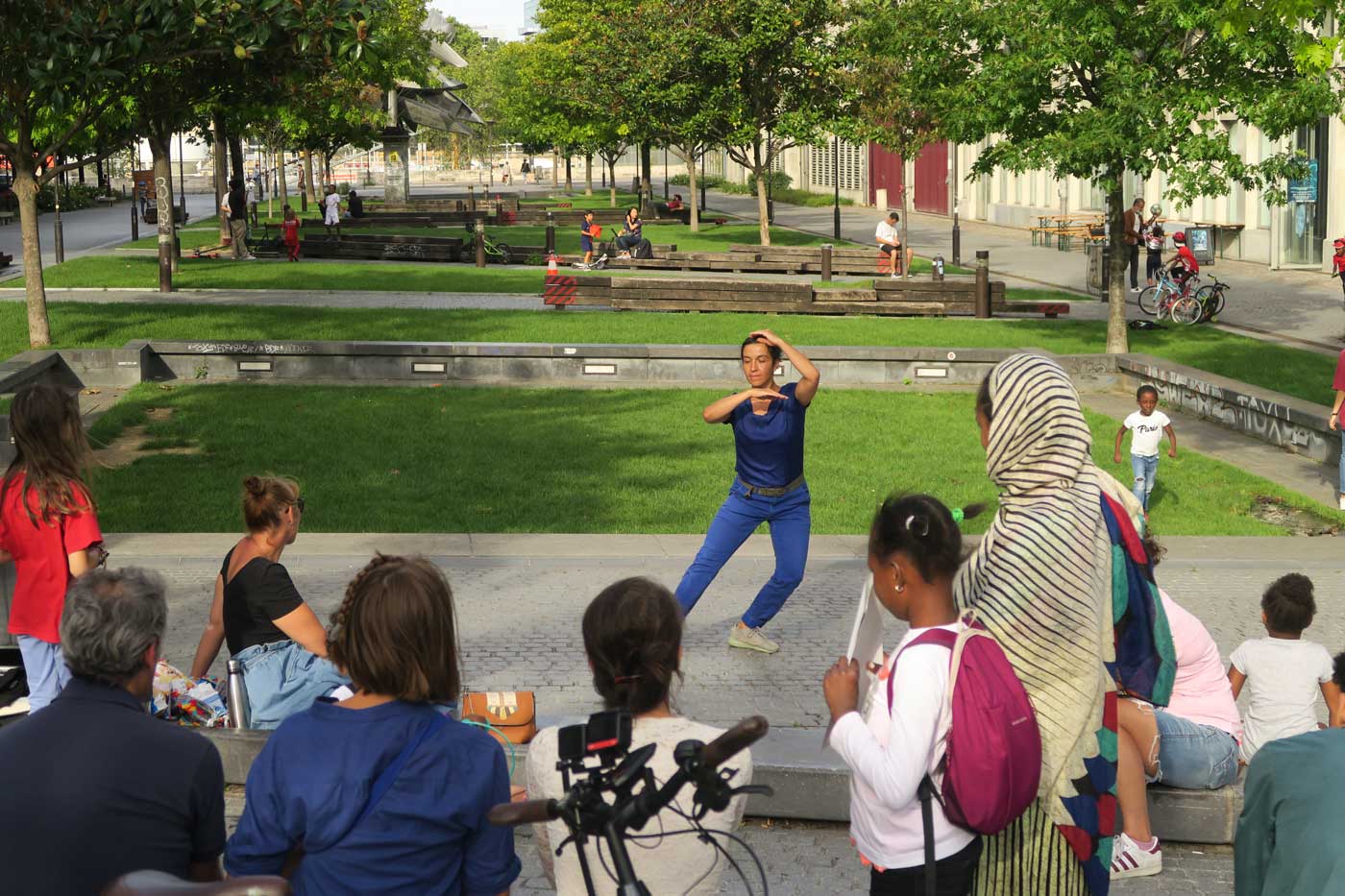 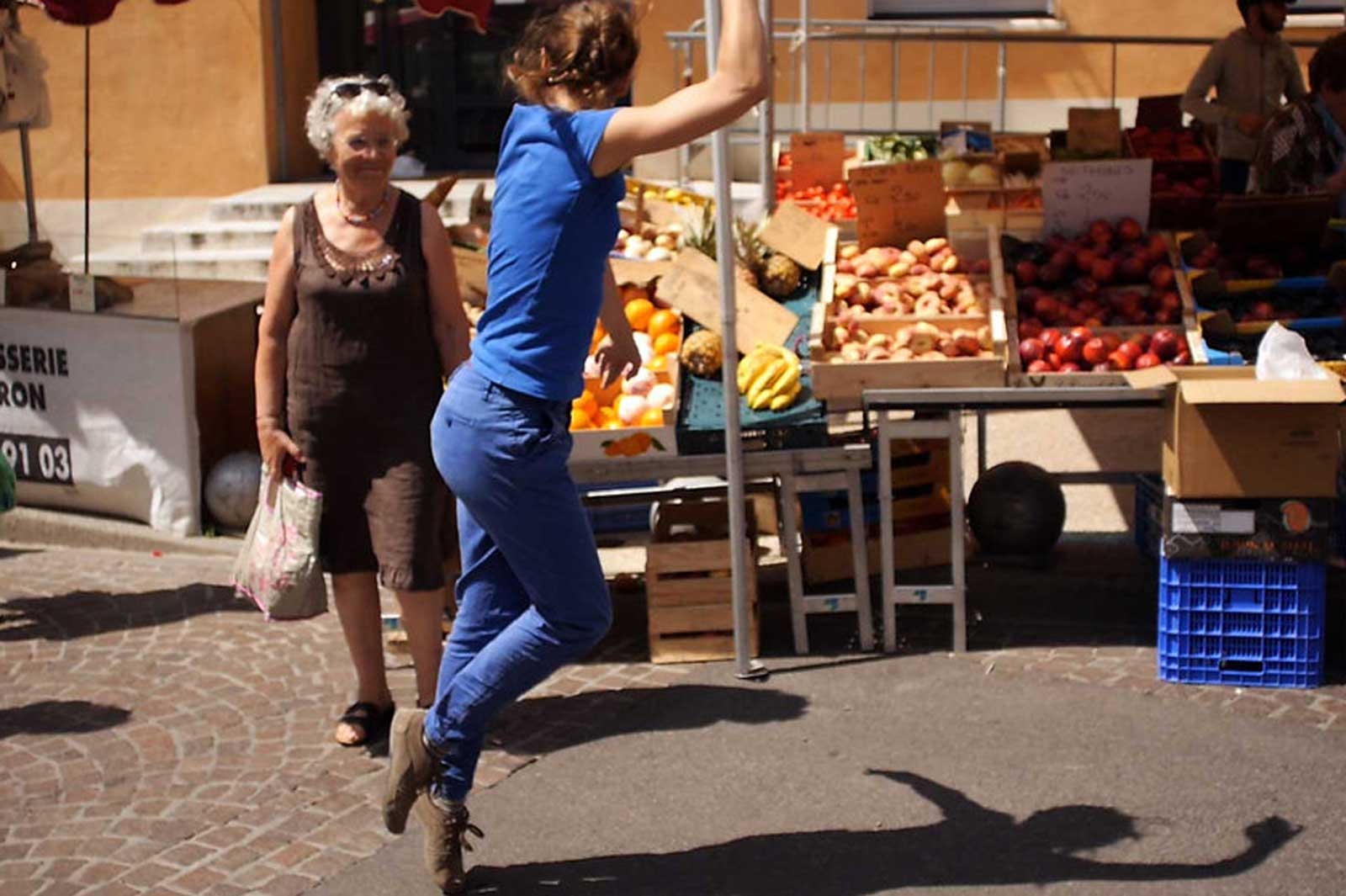 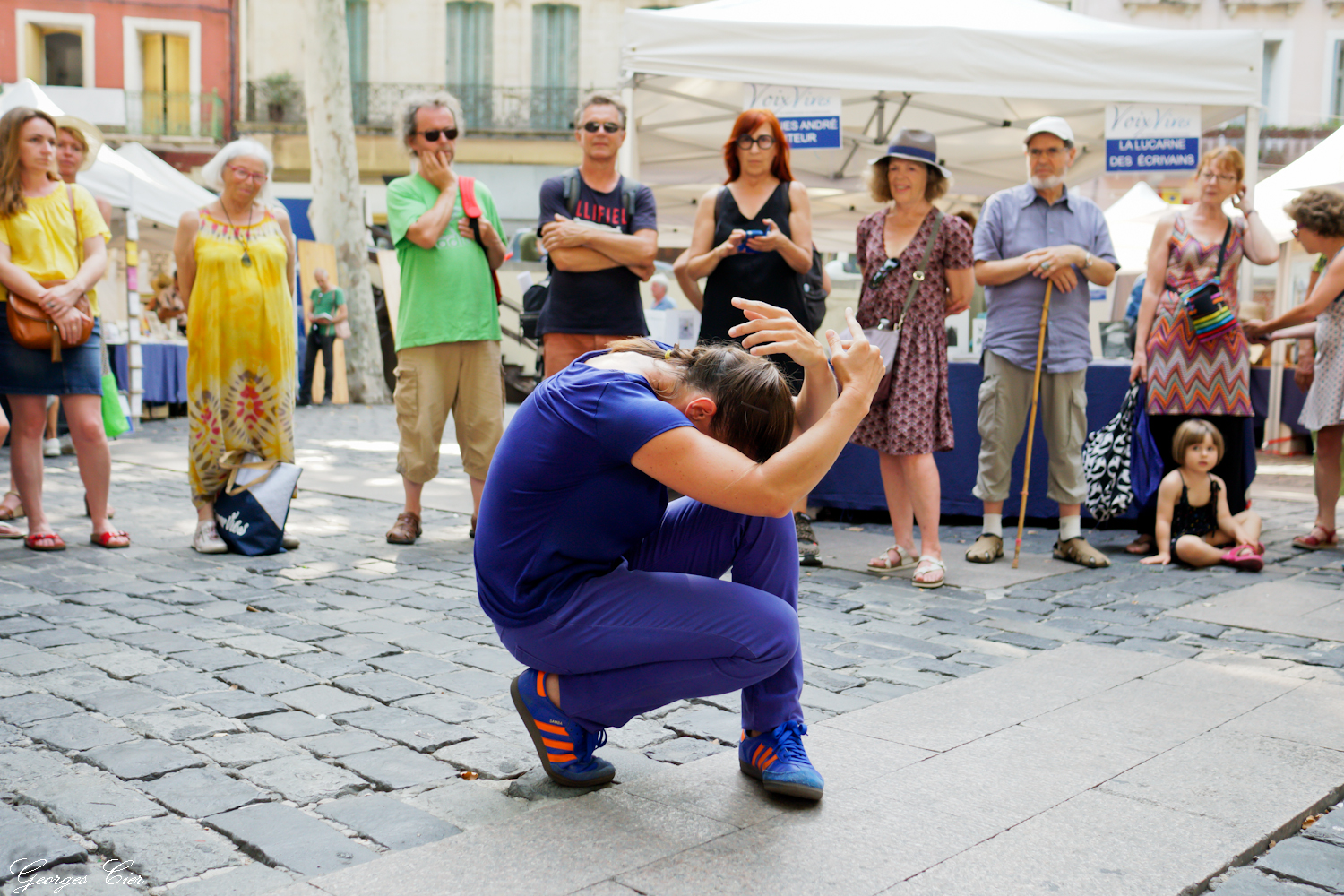 We find ourselves on a square in Peznas, a marketplace in Ris Orangis, on the small cobble stones of Lodève, in Montreuil’s town hall square, in the Arpajon cinema’s hall, at the foot of the building built by the architect Riciotti in Montpellier, in the park in the 20th arrondissement in Paris, in the market place in Noisy le Sec, in the pedestrian streets of Villeneuvette, in the breathtaking Capdenac Park, in Frontignan’s media library, in the Fontenay aux roses conservatory, in the Alenya square, near one of the fountains in Pernes les fontaines, at the Immigration museum of the Porte dorée, at the foot of the church in Coutances surrounded by jazz musicians, by the seaside in la Rochelle, on the piazza of the Scène Nationale de l’Essone, and in a square in Cergy, in a school’s playground in Gentilly, at the foot of the La Defense towers….
We address the adults, the children, all those who came to see us, or even just to passers-by, and we offer dances.

There is every type of reaction from the audience: the gesture given with such greediness that it comes before the end of our sentence; a delayed reaction filled with a 1000 gestures; the shy gesture given like a precious fragile gift; the gesture which we immediately feel has a story behind it, a secret – a secret which is often revealed to the dancers after the dance, a strong “no!”.

A very elegant blonde lady of a certain age, moved as if she was in a rave ! A very old lady gave us the finger while bursting out with laughter.

That punk in Aurillac who gave us his gesture and said, “come on what are you going to do with that!” and the music started with a classical piece, an ethereal tune, very soft. His face changed, softened. As we finished, we saw him transformed, calm and grounded, and before he left he said “oh yes, that is real dance” …

During the dance the area is bustling, life continues around us, a passer-by tries out a dance step to fit in, others stop to gaze, others cross hurriedly with their head down. Some like the music and for others, they have never heard such music before. At the end of the dance, we thank each other.
People often find it amazing to receive a dance just for us, but it feels extra ordinary to dance for that person.

Troc ! can be followed-up by a workshop around improvisation for all audiences. Marie and Emilie offer to make you discover all the hidden treasures of gestures, using dance as a tool, they show you how to transform gestures through choreography, how to take these gestures into improvisations, and how to interpret them.

What is the most important gesture for you today?